As autumn’s bounty makes way for the barrenness of winter, one type of fruit is just now coming into its own. Citrus fruits – juicy, tangy, and sweet oranges, grapefruit, tangerines, and more – are at their best when winter’s chill sets in. Not long ago, citrus fruit was a traditional stocking stuffer on Christmas morning – a much healthier option than today’s boxes of chocolates and other treats. 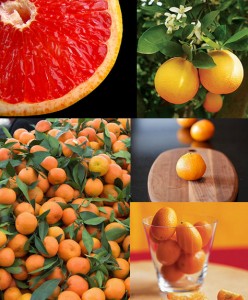 At a time of year when other fresh fruits and vegetables are less plentiful, citrus fruit can provide valuable nutrients that might otherwise be hard to come by. After all, sailors once took citrus fruit aboard on long voyages to stave off the threat of scurvy when fresh vegetables were unavailable.

Oranges and other citrus fruits are among the best sources around for vitamin C, also known as ascorbic acid. Vitamin C helps the body to produce collagen, an important component in building strong and healthy body tissues, including skin, blood vessels, bones, ligaments, tendons, and dentin (teeth), and repairing them after an injury. In addition, vitamin C is a known antioxidant, which means it can protect the body from damaging free radicals that cause cancer, cardiovascular disease, and cataracts.

Here’s a look at some common health problems citrus can help to prevent:

Anemia: Vitamin C aids in the absorption of iron, which can help people suffering from anemia. Drinking a big glass of orange juice after taking a doctor-recommended iron supplement, or eating a meal of iron rich foods, will help your body retain more iron.

Asthma: Some studies suggest that vitamin C deficiency is a risk factor for asthma, because vitamin C acts as an antioxidant protecting the lungs against free radical damage.

Cancer: Many studies have shown that a diet rich in fruits and vegetables can help to reduce the risk of developing various forms of cancer. While vitamin C isn’t the only nutrient that contributes to healthy cellular development, its antioxidant properties do play a positive role.

Cardiovascular disease: It’s no secret that people who eat a lot of fruits and vegetables have a reduced risk of heart disease. What’s not as well known is that vitamin C can actually play a role in preventing the rise of low-density lipoprotein (LDL), or “bad cholesterol.” Some studies have even suggested that eating citrus can cut the risk of stroke by as much as a third. Folate, which is also found in citrus fruit, also contributes to healthy circulation.

Cataracts: There’s an old wives’ tale that rabbits get good eyesight from eating carrots. While it’s not quite that simple, there may be some truth there. Like carrots, citrus fruits are high in vitamin C and carotenoids, which have been shown to decrease the risk of cataract development. These substances can help to reduce oxidation in the eyes, caused by free radical damage.

Dementia: Studies have shown that older people who eat more fresh fruits and vegetables containing vitamin C and folate perform better on cognitive tests than those who don’t. It is believed that these nutrients, which are found at high levels in citrus fruit, can reduce the amount of homocysteine, an amino acid found in the blood, which has been correlated with cognitive dysfunction in the elderly.

Kidney Stones: Eating citrus fruits may help prevent kidney stones, a painful condition in which crystals form inside the kidney due to excessive salts in the urine. Anyone who has ever had a kidney stone – an estimated 600,000 people per year – knows they are incredibly painful to pass. Citrus fruits contribute an acid called citrate to the urine, helping to prevent the formation of kidney stones.

Osteoporosis: While most people associate calcium with healthy bones, people with high vitamin C intake have been shown to have higher bone mineral density, on average, than those who don’t. Researchers are still working to understand the relationship between vitamin C and bone health.

Jaime McLeod is the Web Content Editor for the Farmers’ Almanac. She is a longtime journalist who has written for a wide variety of newspapers, magazines, and websites, including MTV.com. She enjoys the outdoors, loves eating organic food, and is interested in all aspects of natural wellness.