By now, many of us are well aware that what we eat greatly affects our health. Children’s moods, development and over-all health is of course also influenced by diet. I was pleased to see an informative article in The Union newspaper this week discussing children’s performance in school and feeding their brains!

Here is a quote from the article written by Carolyn Butler in a special to The Washington Post:

In fact, “the dietary habits of children can impact their energy level, mood and academic performance,” says Megan Barna, an outpatient pediatric dietitian at Children’s National Medical Center. She notes, for example, that simply eating a healthful daily breakfast has been linked to improved concentration and behavior, among other benefits.

And we’re not just talking about getting a little extra edge for this Friday’s spelling test:

“While the short-term consequences of food consumption on the brain are well appreciated, many people don’t realize that nutrition has a huge impact on brain function over years and over decades,” says Fotuhi, who is also an assistant professor of neurology at Johns Hopkins University School of Medicine. “What you eat now — both the quantity and quality of food — can significantly impact long-term cognitive function and the risk of dementia and Alzheimer’s disease later in life.” He adds that a poor diet has been linked directly to known “brain killers” such as heart attack and stroke, as well as obesity, diabetes, high blood pressure, high cholesterol and inflammation, all of which can have a negative impact on brain function and performance.

The article had many good suggestions for foods to eat that are important for the repair and maintenance of brain health, such as omega-3 oils, which are found mainly in fish. Blueberries, quinoa and green tea are also thought to enhance overall brain health. 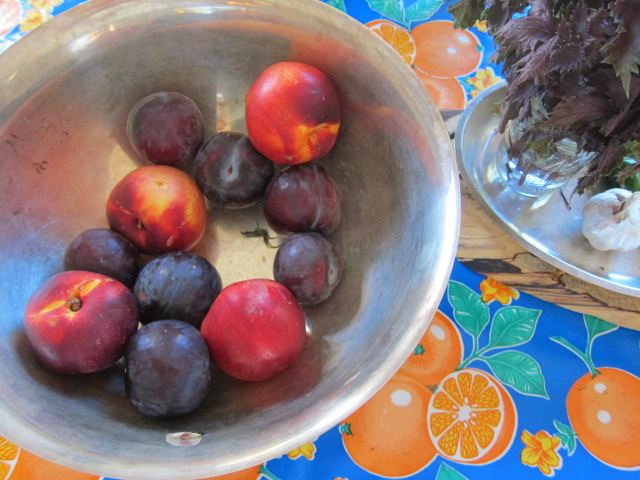 In our family, we always have a fruit bowl on the kitchen table, easy and ready for healthy snacking. I find that the more healthy foods we stock and have available, the more of those foods we actually are eating. It sounds simple, because it is, but it also take thought and effort to make the choice of buying these foods over convenience packaged foods. I think of fruit as the original convenience food!