“Leafy green, dark and lean.”
If you love it or hate it, you’ve heard of it and there’s a reason why.
Long ago, Thomas Jefferson grew it at home at Monticello, and more recently Beyonce wore a sweatshirt repping its name in a music video.   Clever moms sneak it into smoothies and make it into chips.  It even has its own day (October 1st). 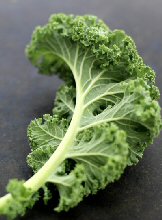 It ain’t taters.
Thanks to Sierra Harvest, 6,000 local students can tell you exactly what it is thanks to April’s Harvest of the month.
It’s kale of course!

This month, students tasted three different varieties of organic baby kale from Riverdog Farm, out of Guinda, CA.  Local food aficionados may already be familiar with Riverdog, as they are the supplier for Mountain Bounty Farm’s winter CSA share.  Located in the fertile Capay valley, partners Tim Mueller and Trini Campbell, along with their daughter and 50 full time employees, keep the farm going year-round.

Students sampled three types of Riverdog’s baby kale and got to compare and choose their favorites.  The three most common types of kale are:
Curly (also known as a Bor type)- this one is frilly and the leaves are a bit tougher, it’s an excellent type to make chips because the leaves really hold up well.  It is often a lighter green, and even bluish depending on the type.
Lacinato (also known as Dino)- this one has bumpy dinosaur-skin looking leaves.  It’s less tough than the curly kale, and is very dark green in color.  It’s a nice variety for kale salad and especially tasty when it’s young.
Red Russian– this one is the tenderest kale by far.  With purple ribs and veins, and lighter green leaves this type doesn’t do great in transit, but is excellent to eat raw or lightly steamed.

So, how is it that kale is such a part of pop culture?  How did it make its way onto the Ellen Show, and into Beyoncé’s music video?  How did shirts bearing the slogan “Eat More Kale” become part of a heated legal battle?  Why did people even start wearing them in the first place?

Kale got big just like any other brand or product does- with a little help from its marketing team.  Back in 2010, the American Kale Association decided to go for a major rebrand.  And it worked.  Oberon Sinclair, a well connected, “hip PR maven” was hired to “grow the brand of the brassica.”   And did she ever.

Through Sinclair’s connections with hip New York restaurants, kale became the new hot vegetable on menus all over Brooklyn and beyond.  And as we know, what starts in New York spreads to the rest of the country in due time.   King of the hip vegetables, kale is now a household name.  Need some ideas on how to prepare it?  Mix it with potatoes like the Irish do and call it colcannon!  Or, if you’re feeling…adventurous, check out titles such as 50 Shades of Kale: 50 Fresh and Satisfying Recipes That Are Bound to Please by Dr. Drew Ramsey and chef Jennifer Iserloh.

While it’s hard to chalk up kale’s meteoric rise to fame through just one ad agency, the fact is that kale is on top; and according to the USDA, farm production of kale has risen over 60% since 2007- and there have been shortages of kale seed because demand is so high!  Back in January when the east coast was preparing for a big blizzard, shoppers stocked up on kale- there were even news stories of the “pre-storm kale panic of ’15.”  We may not know this here in California, but apparently there’s nothing like a good kale salad during a blizzard.

Now that we know how it got to be so popular, and about the main types (Curly, Larry and Moe….whoops!  We meant Curly, Lacinato and Red Russian), let’s delve a little deeper into this diva’s backstory and nutrition profile.

·      Cultivated for over 6000 years, kale is part of the cabbage (Brassica) family, which also includes such cruciferous veggies as broccoli, cauliflower and collards.

·      A single serving of kale has more absorbable calcium than a small carton of milk!

·      Lutein and zeaxanthin, the nutrients that give kale its deep, dark green coloring, protect against macular degeneration and cataracts.

·      Kale is also an excellent source of carotenoids, which are linked to one’s level of optimism.

·      Kale is easy to grow and hardy in any climate. Kale plants produce late into winter, and after a frost (or eaten in a blizzard), kale becomes sweeter.

Rumor has it that the first restaurant to put a kale Caesar salad on its menu was the Fat Radish in New York.  Whether or not this is true is up for debate, but here is the original recipe.  It may have sparked the kale-ification of America, so it’s probably worth making.  This is a particularly rich recipe, but there are a multitude of ways to make kale salad, and if you want some variety, check out this link for local chefs’ recipes featuring this famous green.

Salad Instructions:
A Caesar is very versatile, you can use the classic romaine lettuce or a heartier green such as kale, and add toppings like bacon, onions, egg, or grilled fish or meat. In a bowl, macerate the kale until it is soft, breaking down the fibers with a little lemon juice. Toss with bacon and croutons and dressing. Place in serving bowl, grate Parmesan and hard boiled egg over the top, serve and enjoy!