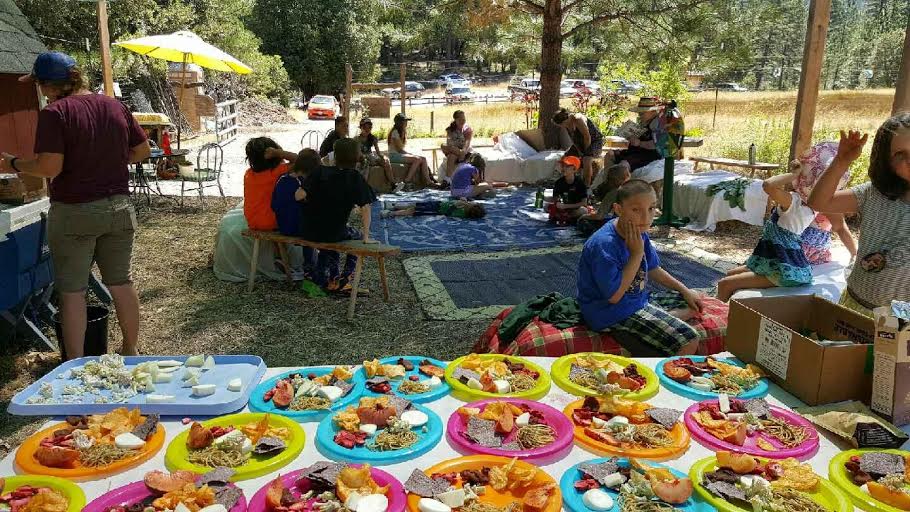 The last week of July, the staff at the Food Love Project take a deep breath and a short rest.  And after 2 weeks of hosting summer camp for local students, they certainly deserve it. 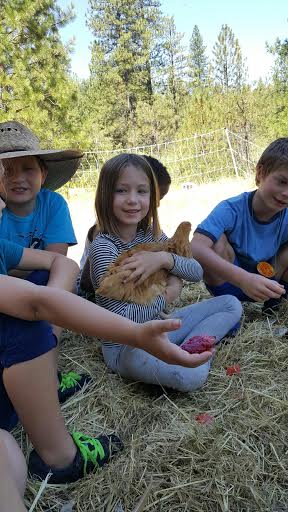 Now in it’s 4th year, the Food Love Project’s summer camp has become a summer institution.  Continuing the traditions of the ever popular “mock farmer’s market,” “friendsgiving feast,” and “animal day,” camp had a little something for everyone.

“I loved holding the chickens,” said one camper whose nature name is “Mountain.”  Mountain’s mom said Food Love camp was his favorite camp of the summer- and she liked it because it gave him a chance to try new foods outside of home in a supportive environment.  Indeed the “chicken meditation” on animal day proved to be a very popular part of camp.  Sitting with the chickens, holding them and sharing chicken stories was the highlight for many campers- especially since many of them had been holding these same chickens during spring field trips, when they were just a few weeks old!  FLP staffer Brianna Abundiz and her family have been raising this new flock to be snuggly and social, and it’s clearly working. 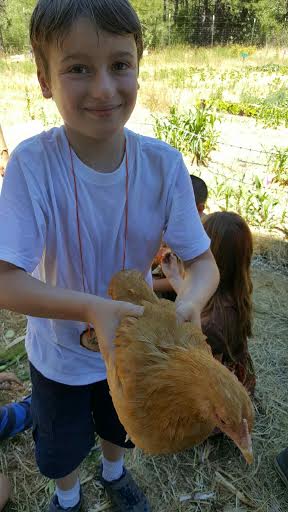 Another highlight of the week was FLP Manager Maggie McProud’s captivating bee and pollinator lesson combined with a fresh honeycomb tasting.  Later that week at the mock market, some of the campers decided to sell honey.  We asked how much they would charge and the kids said “$60.”  When asked why the price was so high, the campers replied “bees work so hard to make this honey!  It should cost even more!”

At Food Love Camp, children make connections about how food grows and the effort that goes into it.  Each day, campers harvested snack to share from the garden including salad turnips, fennel, kohlrabi, and kale.  After doing an herb walk around the farm and harvesting basil, campers tried fresh pesto pasta for snack. 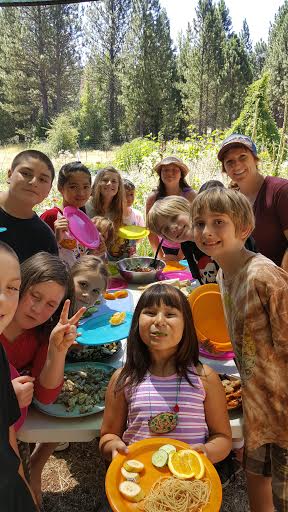 The week’s harvest culminated in a feast showcasing the bounty of the farm.  For the meal, campers made grilled veggie tamales to share.  As expected the tamales were a hit, and they even incorporated corn that they hand ground with a molcajete (Mexican mortar and pestle).

All in all it was a delicious couple of weeks complete with irrigation games, seed piñatas, tipi art, scarecrows, friendly chickens, fresh peaches and lots of memories.