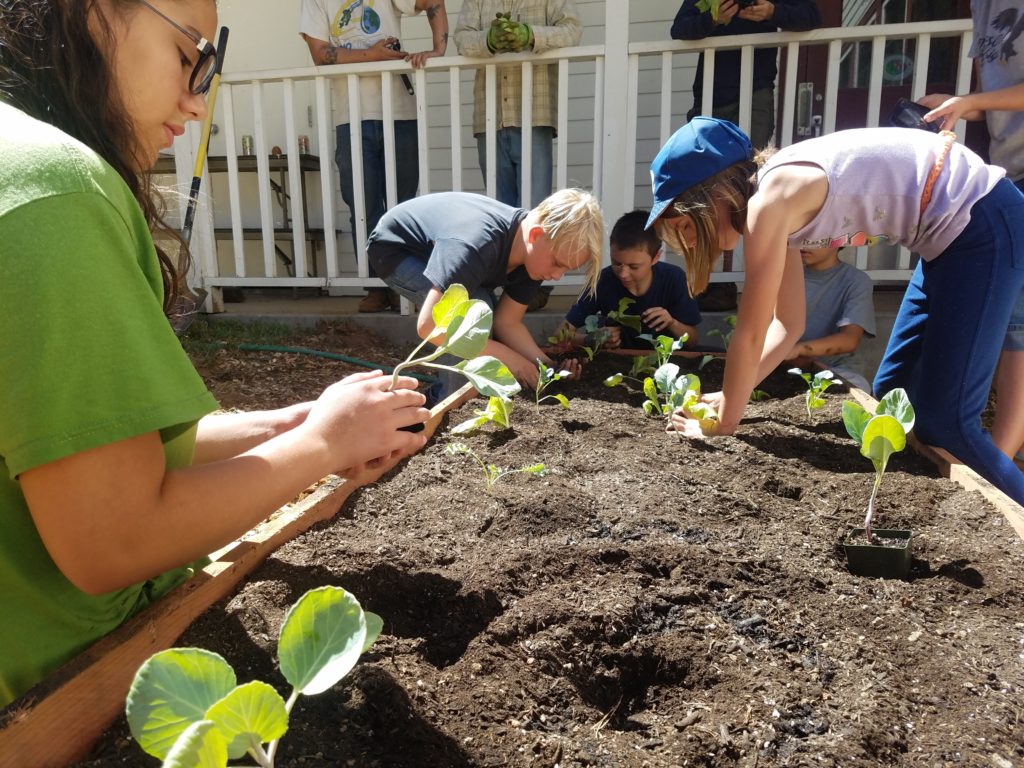 Washington School is a two-room schoolhouse in the small community of Washington, located on the banks of the South Fork of the Yuba River north of Nevada City.  Washington was settled during the gold rush and now has a population of 185.  This community has managed to keep their small school open continuously for 100 years, and local residents organize fundraisers every year to keep the school going.  The school currently serves six K-8 students.

Esther Pearcy, the energetic new director and teacher at the school, described Washington as a “food desert”.  There is one small store in town with a limited selection of fresh produce, and not much local food production.  The Sierra Garden at Washington School is changing that.

Washington school students now participate in Sierra Harvest’s Harvest of the Month tastings along with 7,600 students around the county who sample a different locally-grown fruit or vegetable each month at their schools.  The students will also have the opportunity to learn about farming at Soil Sisters farm in Nevada City with the program.  Eventually, the school would love to have meals prepared on site using fresh ingredients the students grew themselves.

The Sierra Gardens program met with teacher Esther Pearcy and Calvin Wallace the head of maintenance for the school and scoped out a spot for some garden boxes, and then on Sept 7, our crew of volunteers teamed up with the Washington School students and staff and built four garden boxes, and planted them with fall crops such as cabbage, broccoli, kale, chard and lettuce, carrots and beets and more. 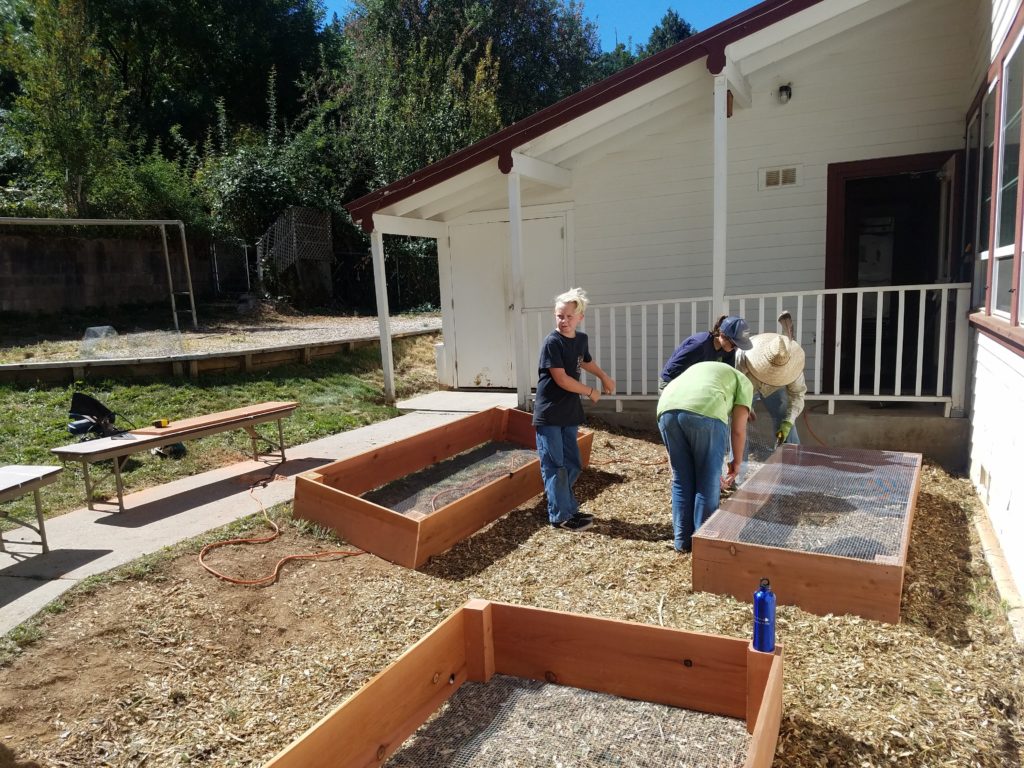 “Spending the day at the Washington School was like being part of a big family,” stated Edy Cassell, the Sierra Gardens Program Director.  With 6 students, a teacher and a couple of support staff  you can’t help but have a tight knit group, and our crew really enjoyed being a part of the garden build. Staff and students even prepared lunch for us and we all sat down to eat together while the kids told stories and played some of their favorite music for us. All the kids participated in the garden build, and some even got to try using power tools for the first time.  Now every time they look at their beautiful garden they can say truthfully that they built it, and feel a sense of pride.  Sierra Harvest looks forward to seeing future harvests as we come back on quarterly mentorship visits and hope that this garden will provide fresh food for the students of Washington School far into the future.

The garden at the Washington School is only the beginning. A couple of weeks later Sierra Harvest took a crew back to Washington and built a garden for Calvin head of maintenance and his wife Brenda, whose 11- year old daughter Mariah also attends the school. We are tackling the food desert one garden at a time in the little town of Washington….and hoping that the interest in gardens spreads, because we can’t wait to go back!