Tasting Week has been a great success!  Our amazing chefs had a blast sharing their love of local & seasonal food, cooking, and nutrition with our schools throughout Nevada County.  Here some photos, recipes, and chef bios from the tastings.  Special thanks again to our LHNC’s Rachelle Zorne for organizing this phenomenal event! 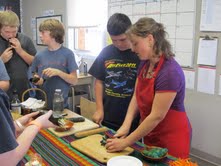 Short grain Brown rice for sushi
Yields 4 servings
This is a more nutritious alternative to common white sushi rice. Sweet brown rice is very sticky and sweet, and short grain rice is less of both. I like a half and half combination of the two. It’s important to dissolve the sugar by adding it to the rice while it’s still warm.

Combine in a medium pot:
1 cup sweet brown or short grain brown rice
2¼ cups water
1-3 sticks kombu
Cover and bring to a boil, then reduce heat and simmer for 30-45 minutes. Remove from heat and fluff with a fork, then allow to stand, covered, for about 5 minutes.

Sushi Salad
Yields 4 servings
Invite guests to make small hand rolls at the table with this simple and easy way to serve sushi. The variations are endless. Use the vegetables you have in whatever quantity looks good to you.
Combine in a large bowl:
1 recipe Sushi Rice (recipe follows)
2 medium carrots, shredded
1 small daikon radish, shredded
3 scallions, thinly sliced
1 avocado, cubed
1 cucumber, shredded or diced small

Kinpira
Yields 4-6 servings
Burdock is an awesome liver cleanser, especially important in the Spring but always beneficial. I eat this with rice or in sushi, or just alone in a big heap. It looks very pretty served with chopsticks!
Combine in a large, wide pan:
5 carrot-sized burdock roots, cut into matchsticks (see Specific Techniques)
4 carrots, cut into matchsticks
2 parsnips or turnips, cut into matchsticks
2” ginger, grated
A pinch of salt
2 Tbl light oil
Cook over medium-high heat for 2-3 minutes, then add just enough water to cover the bottom of the skillet— do not cover the vegetables, just the bottom of the pan. Also add:
2 Tbl rice vinegar or mirin
Cover and cook over medium heat until the vegetables are almost cooked, then add:
2 Tbl tamari or shoyu
1 Tbl toasted sesame oil
Stir to combine, cover, and cook 2-3 minutes. Remove the cover and cook off the excess liquid, taking care not to burn the tamari.
Variation

MIELLE CHENIER-COWAN ROSE recently transplanted to Nevada County from the Bay Area, where she helped to develop Cafe Gratitude of SF/Berkeley. She also cooked at Greens Restaurant, Urban Forage, and the Macrobiotic Cafe after training as a Natural Foods Chef at Bauman College in 2000. Her self-published book “Piece of My Heart: A Collection of Vegan Recipes and Cooking Techniques” will be re-released next Fall under the title “The Omnivore’s Guide to Plant-Based Cooking”. She enjoys teaching people how to enjoy eating healthy food, and her meals have been compared to the thrill of being on an amusement park ride. She strives to live up to the compliment. She can be reached at pieceofmyheartkitchen@gmail.com. 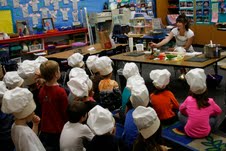 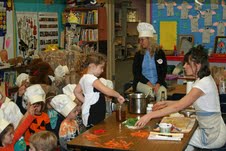 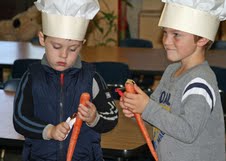 In 2007, Wendy Van Wagner founded In the Kitchen Cooking School in her San Francisco home-kitchen. The classes started as a humble offering to other cooks, non-cooks and passionate eaters as a way to learn, create and enjoy a meal together with friends.  In 2008 Wendy moved to Nevada City where she opened In the Kitchen featuring a brand new teaching kitchen and dining room. The classes bloomed as did partnerships with other organizations that were in line with all that In the Kitchen aimed to be. Some of those organizations included Sierra Nevada Memorial Hospital Foundation, Briar Patch Co-op and Fit Culture.  In 2009, In the Kitchen also became home to several micro-food businesses and served as an incubator to new businesses. Currently, In the Kitchen offers a kitchen share program.  Most recently Wendy has devoted much of her time to the organization Live Healthy Nevada County which improves access to healthy, local foods as well as farm to school connections.

Mashed Potato and Cheddar stuffed Hot Dogs
Make mashed potatoes the way you like. You’ll need between 1/4 and 1/2 cup.  Make them a little dry.
Slice some cheddar cheese to fit the dogs.
Cut the hotdogs lengthwise but not all the way through.
Preheat your oven or toaster oven to 350 degrees.
Preheat a frying pan and add enough oil of your choice to lightly coat the pan.
Lay the hot dogs cut-side down and cook until slightly brown and crispy.
Flip them over and cook until thoroughly hot. Place the dogs cut-side up in a baking pan.
Top the dogs with the hot mashed potatoes using a spoon or pipe with a pastry bag.
Top the potatoes with the cheese, but not too much, you want to coat the potatoes only.  Place the pan in the oven and cook until the cheese is melted. Let cool slightly and serve.

Chef Doug Schma (rhymes with May)  Originally from Carmel, California, Douglas Schma was raised in a food crazy family and has been cooking seriously since the age of fourteen.  After receiving degrees in Hotel and Restaurant Management and Business Management he pursued his love of food by working with as many different cuisines as he could.  Doug has worked in various restaurants including an Italian Delicatessen which specialized in hand-made pastas, sauces and sausages. He apprenticed at a five star French restaurant for a year and was the Pastry Chef at an award-winning Bistro in Texas for fourteen years.  Doug moved to Nevada County in 2002 and began catering for events and private parties.  During that time, he helped open The Nest, a popular takeout breakfast and lunch restaurant in Oakville (Napa Valley) and was Chef at the Stonehouse Restaurant until 2006. In 2007 Doug accepted a position in the kitchen of the newly opening Briarpatch Coop store and held the Kitchen Manager position for two years.  He also established the first catering relationship with the SYRCL Film festival and appeared on the Good Day Sacramento television program in support of the Eat Local challenge in 2008.  Currently Doug is one of the Briarpatch Chefs and continues to broaden his culinary knowledge. He lives just outside of Nevada City and spends his free time growing food but is not above eating the occasional Hot Dog or Hamburger. 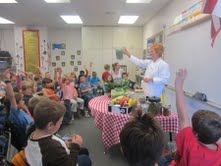 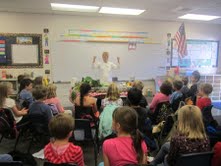 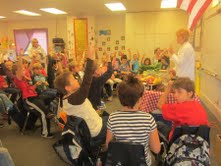 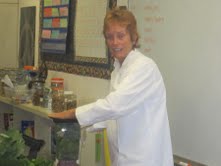 Eva Tobie is a graduate of two chef schools and has numerous nutrition certifications including a plant-based nutrition course from e-Cornell University from Dr. T. Colin Campbell who was featured in the movie FORKS OVER KNIVES. After careful consideration and research on how the body heals and performs best, she has chosen a diet of plants, nuts and seeds for herself and calls herself a NUTRITARIAN.   She teaches nutrition and tasty Un-cooking dishes at IN THE KITCHEN in Nevada City. Eva has been a private chef working with clients with health challenges and specific dietary needs. She hosts a living luck (a raw foods pot luck) twice monthly at the BriarPatch Community room. Eva is an avid believer in organic greens and local produce and the best place to get it she believes is out of her own garden.  The second best place is the Farmer’s Market. She has a website offering free, plant-based eating information and recipes at www.rawculinarywisdom.com